Go to container Go to Menu Go to LocalMenu

An International Attraction showing Men and Nature in Harmony. 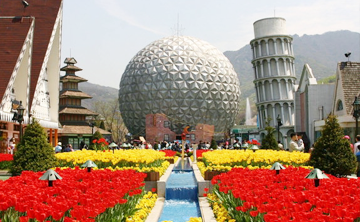 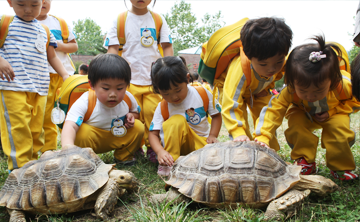 You can see the Seoul Zoo sign not long after you drive past Namtaeryeong ridge, the border between Seoul and Gwacheon. Seoul Grand Park consists of three different areas: Education, Natural Culture, and Amusement. It is internationally reputed for the diverse amusements, scenic beauty, and natural scenery it offers.

The first zoo in Korea was built in 1909 at the former royal palace of Changgyeongung, which was renamed Changgyeongweon under imperialist Japanese rule in an effort to eradicate the national spirit of and insult Koreans.
The zoo, which had been maintained at Changgyeongweon following Korea's independence, was relocated to the current site in Makgyedong, Gwacheon in 1984 and began its new history as Seoul Zoo. Now more than twenty years have passed since its relocation, and Seoul Zoo has grown to the tenth largest zoo in the world.

Seoul Zoo's zoological gardens house over 3,400 individual animals belonging to about 360 species from all over the world. This includes rare species such as the lowland gorilla in a near-wild state, classified by origins, life modes, and ancestries. Greenhouse Plant Garden gives visitors the feeling that they are in a forest of all the world's trees, with over 1,300 plant species on display.
It is also a great pleasure to walk along the 7.4 km hillside path that goes through the nature immersion area that surrounds the zoological gardens, absorbed in the refreshing woods and listening to the vigorous shouts of youngsters from the Youth Training Center.

You can see a number of ducks swimming in the lake in front of the entrance to the zoo, and in the Rose Garden, couples and families absorbed in appreciating the fascinating beauty of over 20,000 roses belonging to over 200 species, as well as brides in gorgeous dresses having their photos taken.
In the Children's Zoo next to the Rose Garden, kids can play freely with cute and gentle animals such as lambs, goats and llamas, in wide, open spaces.

If you'd like to get a perspective of the whole area of the park, you may ride the sky lift which will take you over a distance of 1.7 km through the air, to and from the zoo's entrance. Or, if you would like to take a stroll with your romantic partner, we recommend you take the promenade that goes around the lake.
In addition to the zoological gardens and outstanding natural environment, peripheral amusement facilities attract children and young people.

Because Seoul Land is equipped with the latest amusement facilities, young couples as well as children can enjoy various adventure rides, such as the Black Hole, Magic Carpet and King Viking for fun and thrills. People with a taste for art can appreciate works and trends of modern and contemporary art at the Museum of Contemporary Art. 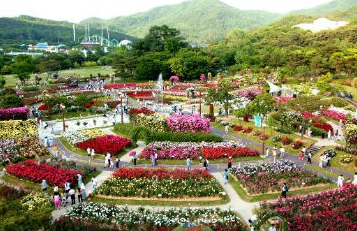 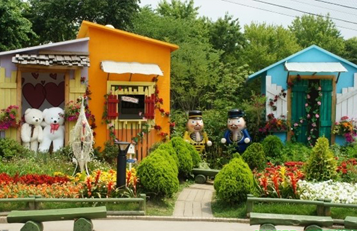 With scenic beauty that varies from season to season, Seoul Zoo holds seasonal events all year round.
During the period from March to June, the Spring Festival and INDI Cultural Festival are held along the 7 ring road for persons and young people who would like to enjoy the full a feast of flowers, such as native silver-white cherry blossoms, vivid yellow forsythia and soft pink azalea.

In April, children can exercise their imagination at the Animal Cartoon Competition, which is followed by the Rose Festival for couples and families among green trees, roses and animals in May and June, and the Animals' Starry Night Festival in July and August.

In the fall, the Animal Sketch Competition, the Autumn Flower Festival and Chrysanthemum Festival open with the charming spectacle of russet autumn leaves on Mt. Cheonggye.
In the winter, when white snow makes a child's fantasy, children can gather for the Tale of the Winter in Animal Kingdom. Don't miss year-round events at Seoul Zoo.